On 10 September 2020, two drivers from London have filed a request with the District Court of Amsterdam. The drivers request a court order granting access to their personal data held on the Ola platform. The drivers are represented by their attorney, Mr. Anton Ekker.

PRESS RELEASE BY THE ADCU:

They accuse the India based ride share giant of denying their right of access to their personal data held on the platform and for failing to provide adequate transparency into how they are performance managed by algorithm.

While Ola has provided the drivers some access to data after they made subject access requests there are huge gaps in what has been provided. For instance, the drivers have been denied access to date stamped GPS data which significantly reduces the ability of drivers to carry out meaningful performance analysis of their own.

Ola also blocked access to ratings data at the trip level which eliminates the possibility to challenge unfair or discriminatory ratings. This ultimately impacts the quality and quantity of work offered on the platform and can result in dismissals.

More worryingly, Ola’s data protection policy suggests a high degree of driver surveillance and performance management yet the company, like Uber, routinely denies drivers basic worker rights. In violation of the GDPR, Ola has failed to provide adequate transparency into the logic of processing of personal data by algorithms which allocate work to drivers.

Based on user ratings and their work performance, including any complaints received by us, we may automate the allocation of drivers to customers and vice versa.

Ola say the following additional factors are used in work allocation decisions but fail to explain how such decisions are made and what detriment individual drivers might unknowingly face:

Earlier this year, Ola announced the introduction to London of its safety feature known as ‘Guardian’ which the firm says is powered by artificial intelligence and machine learning. Ola say this safety feature utilizes ‘millions of data points’ ‘in real time to automatically detect irregular trip activity’. However, Ola has provided no information on the driver personal data processed in such risk profiling despite disclosing that it calculates a ‘fraud probability score’ for each driver.

Transparency over such systems is especially important to one of the claimants in the case, because Ola wrongfully docked his pay by approximately £30 after incorrectly concluding that some of his trips were ‘invalid’. When the driver tried to appeal the matter, Ola wrote to him as follows:

We like to inform you that at Ola we do have a system in place which checks all the unusual activity and applies penalty and deduction if something found against Ola’s terms and conditions. As this is an automated process hence we do not have any manual intervention in it and as per the update from our relevant team, we have found the trips to be invalid. Hence deductions hold correct and cannot be reversed.

Article 22 of the GDPR affords data subjects the right to contest such automated decision making including the right to demand human intervention.

The drivers will ask the district court in Amsterdam to make an order that Ola immediately comply with data protection law and to be fined €2,000 for each day it remains outside of compliance with such a court order. The action has been taken in the Netherlands because Ola Netherlands BV, the corporate entity that controls the platform and driver data, is based in Amsterdam.

The ADCU is working with the nonprofit Worker Info Exchange to establish a data trust for drivers for the purposes of collective bargaining. The drivers will ask the court to order Ola to respect their right to port personal data directly from Ola to their union’s fledgling data trust.

The legal action is also supported by the International Alliance of App-based Transport (IAATW) workers which represents Ola drivers in India through Maharashtra Rajya Rashtriya Kamgar Sangh (MRRKS) based in Mumbai.

The drivers will be represented in the Netherlands by their attorney Anton Ekker. The full text of the application can be found here.

Ola drivers endure intensive surveillance at work yet are denied access to their own personal data on the platform and to basic transparency as to how they are performance managed by algorithm. Workers in the so-called gig economy face a bleak and dystopian future unless firms like Ola are forced to obey the law and respect the digital rights of its workforce.

Ola could choose to use its technology for good to ensure drivers are well paid, protected and treated with dignity at work. Instead Ola has taken advantage of its position of platform power to exploit and impoverish its workforce. It’s time for drivers to take back control and build collective power. The first step is to demand access to their own data at work.

With Ola based in the Netherlands as operator of the Ola platform, the Dutch courts now have an important role to play in ensuring Ola’s compliance with the GDPR. This is a landmark case in the gig economy with workers asserting their digital rights for the purposes of advancing their worker rights. 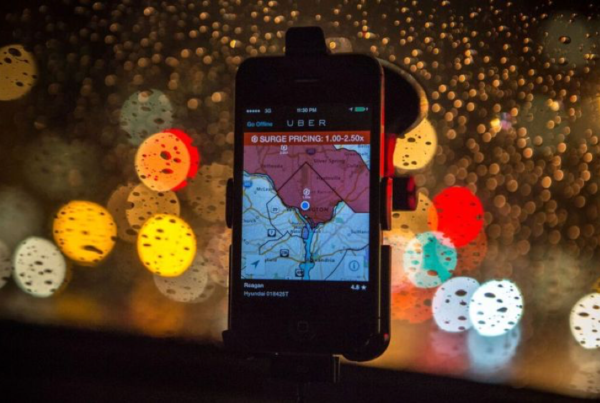